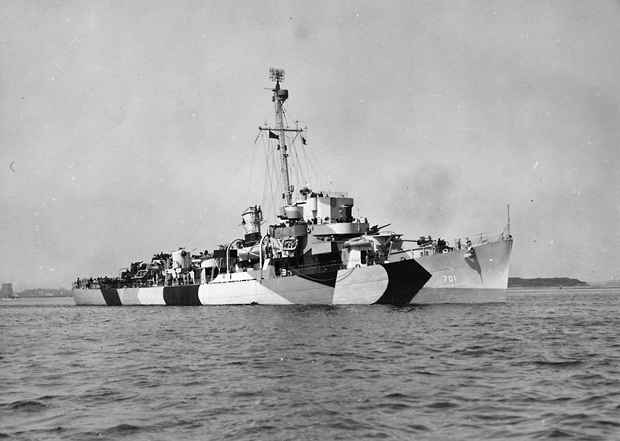 Credited to British artist, Norman Wilkinson (1878-1971) the concept of 'Razzle Dazzle' camouflage 'Is essential to break up the regularity of outline and this can be easily effected by strongly contrasting shades…a giraffe or zebra or jaguar looks extraordinarily conspicuous in a museum but in nature, especially when moving is wonderfully difficult to pick up.'

When a German submarine spotted one of these flamboyant warships in their primitive rangefinders, it became extremely difficult to judge the speed and heading of the vessel’s course. This made it nearly impossible to accurately make a successful torpedo hit. 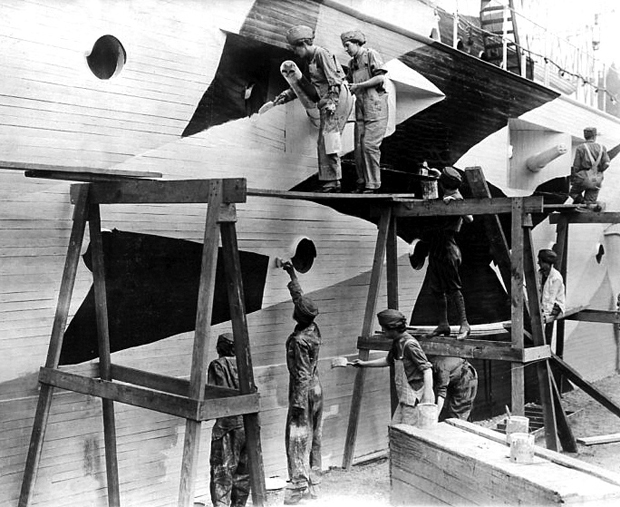 Razzle Dazzle was applied to over 2,000 warships and 4,000 British merchant ships in both the World Wars. And it’s still used today on car prototypes to prevent competitors getting a clear view of a new car’s lines.